The scenario of a quick clay landslide in the City Centre formed the backdrop to Trondheim Red Cross´ exercise on November 12th, 2022. This gave volunteers and crisis management an opportunity to work side by side while coping with an imaginary scenario which occurred on an otherwise regular autumn Saturday.

Why a quick clay landslide scenario?

The Directorate for Civil Protection in Norway noted in a 2013 “Analysis of Risk Scenarios” that quick clay avalanches in densely population urban areas were a worst-case scenario. 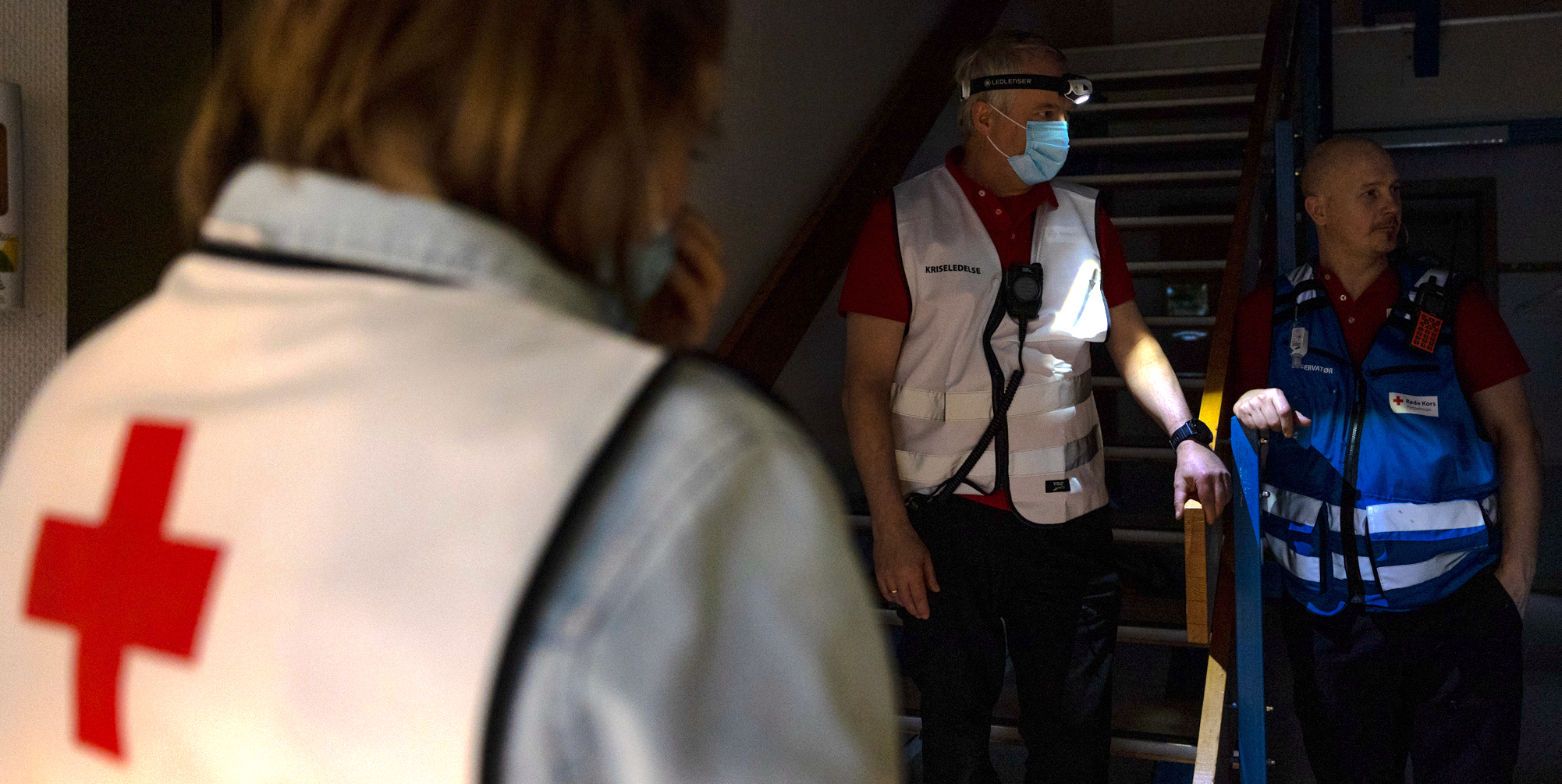 In Trondheim, Øvre Bakklandet is among the mapped quick clay zones with the most inhabitants and potentially the greatest consequences. “Analyses of risk scenario 2013” further describes that if we assume that there are 10 areas in the country with a similar risk picture to Øvre Bakklandet, the probability of a more general avalanche scenario “of this magnitude” will be 10 times as high. This means that a similar avalanche can occur within 200 to 300 years or that there is a 0.4% probability that it will occur within one year. The probability of a more general avalanche event then falls into the medium category. The uncertainty associated with the rough estimate of probability is considered to be moderate. The mapping of quick clay and the risk assessment that has been carried out provide a relatively good knowledge base. However, the probability of avalanches will be highly dependent on the defined frequency of “major avalanches”. In other words, the degree of danger in this zone in relation to the average and the control one has over construction work in the area.

Carrying out the exercise

This was the scenario underlying the exercise that was carried out in November, where Volunteers from Preparedness Guard (PG) and Search and Rescue Team (SAR) were trained together with Trondheim Red Cross´ crisis management, both board and staff. 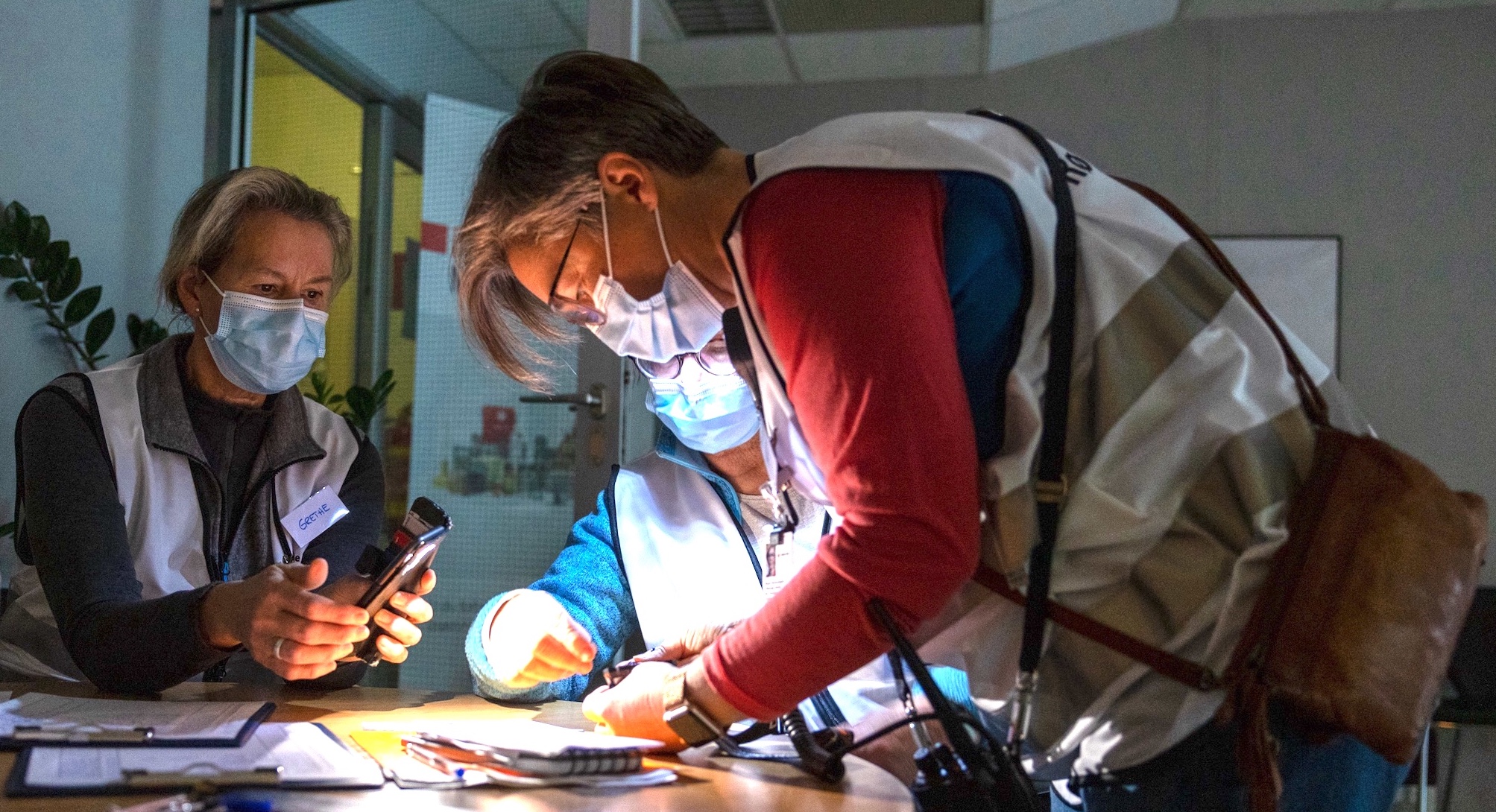 We started with a discussion exercise for the board in May 2021, which was followed by an acting exercise for both board and local councils in May 2022. The November 2022 full-scale exercise was the most recent installment in this series. This exercise was, as mentioned, based on a quick clay landslide in Trondheim with the evacuation of residents from the center of Trondheim. The Red Cross building played the role of an evacuation center. The Preparedness Guards, together with a task force from the Search and Rescue Team with the crisis management at the top, were to receive and care for the evacuated residents. 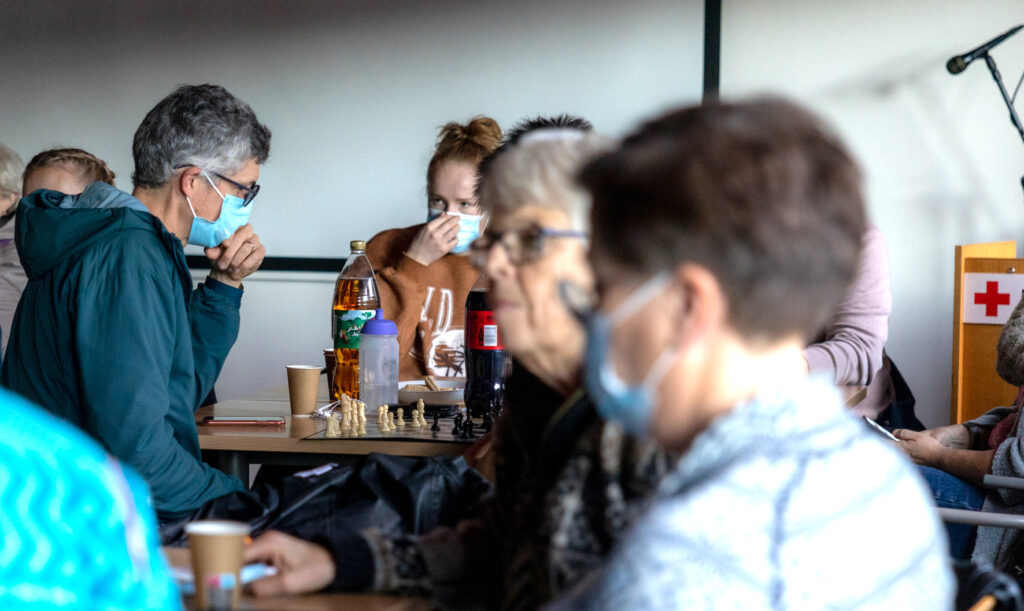 The planning for this exercise started in August 2022. The planning group included all participants who were to take part in the exercise. A total of 21 people participated in the planning. The purpose of the exercise was following:

The exercise itself was held on Saturday November 12th 2022. 50 markers, a crisis management team of 7, an emergency team of 9 people from the Search and Rescue Team carried out a four-hour preparedness exercise in real time, well organized by a training staff of 14 people. Everbridge also participated in testing their public warning technology. Personnel from SINTEF Digital, the project coordinator, provided observers, as did Trondheim municipality.    Like all other exercises, this one also produced a lot of knowledge. The Trondheim Red Cross is now in the process of gathering and systematizing this knowledge to implement measures that will make the Trondheim Red Cross and the Preparedness Guards better able to fulfill their role in the large exercise in Trondheim in September 2023.