ENGAGE aims to strengthen the the collaboration between citizens and first responders/authorities during emergency events. Citizens can act before, during and after a emergency event in a coordinated way with rescuers- offering resources, offering specific knowledge and information, and intervening promptly. Examples of such events in which the knowledge and actions of citizens contributed to the mitigation of the event include the Utøya terror attack of 2011, the Swedish wildfires of 2018​, the Tōhoku Tsunami of 2011, and the Thalys train attack of 2015.

As citizens have a key role during emergency events, we were eager to hear about their experiences with disaster management and we wanted to find out how citizens think their collaboration with first responders/authorities could be improved. 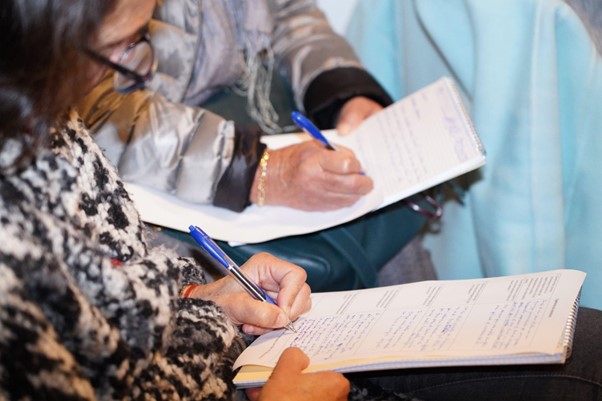 On Wednesday, the 30th of November, we organised an event at a local library in Rome. About 50 citizens participated in the event and shared their personal experiences and opinions. We asked whether they knew what the most likely risk events are for the area where they live, whether they had ever been involved in an emergency or in the preparation for a possible emergency, how they were informed/involved, and whether they received adequate support from first responders in case they had been involved in an emergency.

From the earth quake in Aquila to the Covid-19 pandemic, many citizens had been involved in emergency events. They expressed a need for training in preparation for emergencies and establishing a point of contact during disasters. The citizens expressed the necessity for leadership but also a reciprocal relationship with the authorities. We also discussed risk perception and the challenge to stay vigilant even when disasters have not taken place recently.

We value the input and active participation of local citizens and we are curious about the impressions and opinion of citizens in different countries and contexts. Therefore, we will organise more citizen workshops in the future. The next events will happen in: Tel Aviv (Israel), San Sebastian (Spain) and Trondheim (Norway).